This is the definitive place to discuss everything that makes life on & off campus so unique in Central Virginia.

Lastly, which is believable, is his claim of Franklin Graham trying to take over the school. He's just as scummy as he is.

-  January 24th, 2022, 12:49 pm #639043
I’m gonna disagree with the Franklin / Junior comparison. Yes Franklin has some concerning issues to some. But Juniors behavior was light years worse and not remotely comparable
LU 57, flameshaw, LUOrange liked this
Suck on my Funk and Wagnalls! - Unknown
LU Athletics: Praise God and hide the Co-Eds!!

-  January 24th, 2022, 1:23 pm #639044
When I say this I'm thinking about his heavily father God not his earthly father, Sr. Jr's life journey seems to parallel that of the protocol son. Hope he finds his way home if he hasn't. And most of all I hope we don't adopt the prodigal sons, Elder Brother Syndrome.

-  January 24th, 2022, 1:57 pm #639046
It seems like Jr finally is saying out loud what has been assumed for a while about him which is refreshing. It is also clear that the right choice was made to move on from him and it is best for both parties. It is just a shame that we are still so far removed from all of this happening and so little has fundamentally changed.

This doesn't mean I think he is some kind of great guy for finally showing his true colors. He absolutely is not but at least he is finally being true to himself and not lying about who he really is. I don't think there is much harmony within that part of the Falwell clan at this point.
ATrain liked this

He threw his entire family under the bus. His mom, Johnathon and his dad. He basically said Jerry didn’t really believe much of what he was preaching, but knew it could be financially beneficial. What a scum bag.
flamehunter, LUOrange liked this

-  January 24th, 2022, 3:05 pm #639049
He just nuked his dead mom. The reason everyone is the way they are, and why they subsequently blew up is because of her. What a guy.
Just John liked this
*please disregard this post if dated before 2017 and accept my apologies*

Of course, Jerry could have stepped aside if he didn’t intend to uphold the spirit of Liberty’s extreme social conservatism. But that would mean Jerry would have to give up the power and privilege the job offered. As president, Jerry flew on Liberty’s private jet and vacationed with billionaire donors. Jerry felt he had successfully compartmentalized his public and private identities for most of his life. Why stop then?

As for Vanity Fair itself they don’t exactly come off as unbiased arbiters. The two things I remember is they are still saying Trump misspoke when he said Two Corinthians (people say One or Two followed by the book. It’s not new). And the subscribe to the Fine People Hoax.

Basically I feel dirty after reading this and need to take a shower
TH Spangler, tyndal23, Baybird and 3 others liked this
Suck on my Funk and Wagnalls! - Unknown
LU Athletics: Praise God and hide the Co-Eds!!

Why didn’t anyone in the admin or on the board care about his public arrogance and cruelty? Why did it take a picture that may have been in poor taste, but was clearly just Jerry in a costume comparing bellies with a pregnant lady?

stokesjokes wrote: ↑January 24th, 2022, 5:28 pm It’s still strange to me that of all the things, it was that stupid picture that blew it up. That was probably the most innocuous thing Jerry did in the last 6 years.

Why didn’t anyone in the admin or on the board care about his public arrogance and cruelty? Why did it take a picture that may have been in poor taste, but was clearly just Jerry in a costume comparing bellies with a pregnant lady?

Stokesjokes, anyone who questioned Jr or his actions was removed from the board, or fired from their job, or treated so poorly they quit.

At least Jr is admitting he was in the job for the power and the money. 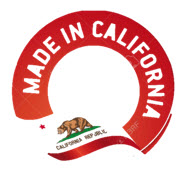 Jonathon was very wise for having no comment on any of this.
thepostman, Purple Haize, LUOrange and 2 others liked this


At least Jr is admitting he was in the job for the power and the money.

That’s the biggest takeaway from the article
Suck on my Funk and Wagnalls! - Unknown
LU Athletics: Praise God and hide the Co-Eds!!


At least Jr is admitting he was in the job for the power and the money.

That’s the biggest takeaway from the article

Wonder when Prevo will walk down the aisle, and admit the same. Two peas in the same pod.
thepostman, Sly Fox liked this

-  January 25th, 2022, 2:22 am #639061
I try to stay on the subject of sports and don't pay much attention to the academic side but I stumbled across this old article about an investigation into Jr's tenure being initiated from August 2020. Now that it's 2022 has anything come of that investigation? Is it ongoing or was everything swept under the rug?

-  January 25th, 2022, 10:24 am #639064
Book coming out along with a Hulu series. Team Junior wants to suppress this. So, all of the sudden, we have this new sexual assault claim and veiled threat by Becki. Yet another opportunity to sue, and absurdly play the victim card. Public not buying any of it. Junior camp appears lost in their own world of half-truths and self-deception. Sad.

Main theme to me was Victimhood.

I wonder if he is happy with the story.

VF writer definitely had a bias, too.
Purple Haize, LUOrange liked this

Main theme to me was Victimhood.

I wonder if he is happy with the story.

VF writer definitely had a bias, too.

-  January 25th, 2022, 12:31 pm #639073
Yeah I mean clearly VF ran with this story because they are all in on smearing the Falwell name. Of course, Jerry Jr didn't have to help them do that but he doesn't seem to care about how it makes his dad, mom or brother look. I am glad he is at least being honest about who he is but it also no different than what many had already concluded. I just wish he showed signs of remorse but it doesn't appear that is in the cards for now. I would love for him to come to that place with God and his family but that is in God's hands now.

Of course, JP may be able to talk the talk a bit better, but he certainly is in the position of President of the University for similar reasons as Jr. The sooner we move on from Prevo and any others involved with enabling Jr, the better.
Purple Haize, Baybird, Just John and 1 others liked this

-  January 25th, 2022, 1:07 pm #639074
Considering Vanity Fair is a Hollywood/fashion magazine, I'm willing to bet Jr reached out to them before Hulu's doc came out. I think it's more Jr smearing his own family. He basically called his own dad a con man and his mom a manipulate person. Blaming them for his own problems. He didn't do himself any favors trying to restore his image.

Status: Offline
Reply
Return to “The Lynchburg Life”
24 May

Yeah, some people choose to ignore the fact it&rsq[…]

McCartney was amazing and the show was worthy of[…]