The gathering place for LU alumni to wax nostalgic about their glory days and tell current students how easy they have it. Old hags & bright-eyed and bushytailed recent grads both welcome.

The President of the Liberty Professional Football Club Alhaji Sylvester Tetteh is dead.

Sly Tetteh as he is affectionately called died after he collapsed during training by Liberty Oldies Saturday morning.

He was pronounced dead on arrival at the hospital.

Sly was not only an incredible soccer player back in his LU days, but a really god guy. His buddy Paul was just named to the LU Sports HOF and it would be cool to see Sly honored along with him. Not only did he discover Michael Essian and scores of others who became European stars, he helped direct a slew of Ghanans to his alma mater.

Ghana Football is sad due to the lose of a giant, yes a real colossus of our
game is missing and gone.

AL haji Ibrahim Sly Tetteh, the father and founder of Dansoman based Liberty
Professionals Football Club met his timely and untimely death on Saturday
September 3 at the Cape Coast Stadium in his favourite jersey number 6,
while playing his favourite game and business.

Sly Tetteh was born to play and work for football and he did it marvelously.
He loved football and he can be described as person who ate and drank
football. He slept, dreamt and did football business with distinction and it
was not a fluke when the Sports Writers Association of Ghana (SWAG)
nominated and honoured him with a special award on September 7, 2002 at the
La Palm Hotel for his contribution to the development of the football in
Ghana.

He was discovered as a midfield player with Mamprobi Black Stars, a second
tier club in the 1970s, before joining the late Mr. Nartey’s Sekondi
Hasaacas in the Western Region. He was one of the gifted stylish fair
footballers that Ghana has produced and could have passed to be a Black
Star, but competition for the midfield role in his time made him end at the
national U23 team, the Black Meteors.

After his playing career, he went to the United States of America to study
at the Liberty University. From there he came down to contribute to the
growth of Ghana Football.

In the early 1990s, he founded the Liberty Academy together with Mr. Felix
Ansong, a businessman. They scouted and poached the talented youth of Ghana
to form the Liberty Professionals Football Club. He participated in the
Indadfa League that produced some wonderful players for the national league.
When Liberty Professionals was well established, he founded the Liberty
Oldies that organized some old and retired footballers to play friendly
games to keep fit and socialize. The Liberty Oldies became a serious
business when they participated in the Ghana Oldies League. They are the
most serious of the old stars clubs as they have arranged a deal to play
with Nigerian old stars yearly on home and away basis, in fact they are the
only oldies team that play international matches.

He was instrumental in sending many Ghanaian players out to play
professional football abroad, starting with Felix Aboagye and later others
like Forster Bastious, Sam Johnson, Peter Ofoli Quaye, Charles Sampson,
William Tiero, Michael Helegbge, Ahmed Barusso and others followed.
He has helped to shape the lives of so many talented players like Michael
Essien, Sulley Muntari, Derek Boateng, John Paintsil, Kwadwo Asamoah and
Rabiu Mohammed of the current Black Stars.

His worth as a football manager, administrator and player agent was realized
after his contributions that led Ghana to qualify to the 2006 World Cup in
Germany and then the 2010 World Cup in South Africa.

Before, he had done much providing quality players to the national youth
teams and now these players have matured into full fledged super stars.
As a practical personality who believes in action than words, he did many
things on the quite; most were not known until his death, like Football
Academies and businesses in Ghana, Togo, Benin, Kenya and Sudan. He was
prominent in the development of West African Football and was a top official
of WAFU and the Confederation of African Football (CAF). He was a member of
the CAF Fustal Organising Committee, and contributed much offering advice
and support to the Local Organising Committee of the 2008 African Nations
Cup hosted in Ghana.

Before his death, he had established the Liberty Club House, Gymnasium and
offices at Sakaman near Dansoman, renovated the Carl Reindoff field into a
park that most clubs use for high level games and other activities. The once
sandy pitch is now fully grassed with dressing rooms, and plans are advanced
to put up stands for spectators.

He is planning to build a football project at Dodowa, where he hoped to put
up his investments. This project must never be abandoned. The government
must make sure it is well established for Ghanaian footballers and officials
to work even harder.

To keep his players in shape at all times, he organizes the annual Liberty
Youth Tournament that exposes future stars. The event is attractive and has
become an affair that young players now look up to.
The death of Sly as he is popularly known has created a big vacuum in Ghana
Football that can never be filled, because he was very special. His passion
for the game was special as he never misses his boys train, whether it is
the senior team or the colts.

He left a legacy and the problem now is who carries the load left by Sly
Tetteh. To his co workers and directors and players, we say Kpoo!, but the
work must continue.

We know of people who were very close to him like, Coach Sir Cecil Jones
Attuquayefio, Charles Aryeh, Felix Ansong, Albert Neequaye, Bruce Thompson,
George Lamptey, Nii Lante Vanderpuje, Saban Quaye, Sowah Ghartey, Coach
Silas Tetteh, Coach J.E. Sarpong and others who can hold on the Liberty
mantle and also improve upon the work that he initiated.

Indeed Liberty Professional is an institution that must be rooted for
generations unborn to come and see the legacy of Alhaji Sly Tetteh and
others.

SWAG says… demifa due to the bereaved family, our condolence to the GFA,
PLB, RENFAG, PFAG, Hasaacas, Liberty Professionals, Liberty Oldies, Liberty
Academy (Babies), Supporters Unions and the so many professional stars that
he groomed trained and mentored, not to forget CAF,WAFU and FIFA.
Sly has paid his dues. He was born for football and he died in a football
jersey on a football field. May his soul rest in perfect peace. We know he
is gone, but we shall never forget him. Sly… yaa wo odjogbann. We love you
and liked what you were doing for African Football. 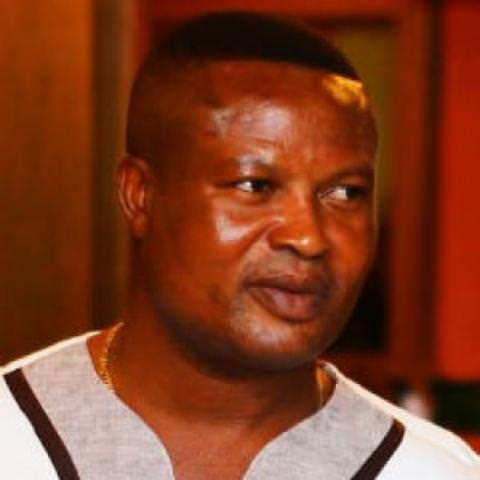 Depending on your interpretation, it was either a good foresight or a gamble, but the decision to establish a then 2nd division club by an unsuccessful footballer but a wealthy business man is the root of Ghana’s success story in football circles over the past one and half decades.

On a muggy afternoon in 1996 in Dansoman, a cool and serene suburb of Accra, a former Ghanaian footballer Ibrahim Sly Tetteh who had achieved little as a footballer whilst playing for Sekondi Hasaacas between 1980 and 1992 assembled players mainly between the ages of 15 and 19 who had excelled in the National Milo Secondary Schools Championship together with some few experienced guys to form a 2nd division club.

Tetteh named his club Liberty Professionals after his Alma mater Liberty University of Lynchburg, Virginia in the United States depicting his selflessness, and appreciation to what the school offered him during his education there.

Young Gordon Bombay has thrown his name in the h[…]