thepostman wrote: ↑September 3rd, 2020, 9:30 am I know the focus in the east has been on Jimmy Butler and the Heat but what Boston is doing is absolutely phenomenal. Brad Stevens just knows how to get the best out of his team. So happy for Kemba. Amazing what cann happen when you don't have a head case running the point.

I ageee @Jonathan Carone , the Celtics will be Eastern Conf Champs.

The Heat proved a lot of people wrong. I'm happy for those guys. They worked hard. Now if they can go ahead and keep it going and shut LA up that would be great.

Heat fans are coming out of the woodwork!

I'm a gigantic LeBatard Show fan, so I always pull for the Heat because that universe is so much more fun when Miami teams are good.

Miami is winning the Championship 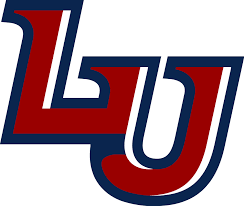 Jimmy Butler was barely good enough to get a lone JUCO offer out of HS. Talk about your development!
stokesjokes liked this

LeBron picked up some guy out of Kentucky and 3 other dudes
The other team is a group of YMCA stand outs with one guy no ones heard of but no one can stop
stokesjokes liked this
Suck on my Funk and Wagnalls! - Unknown
LU Athletics: Praise God and hide the Co-Eds!!

-  October 10th, 2020, 3:13 pm #611755
Game 5 was really entertaining basketball. At least the 2nd half was when I started watching. The Heat, especially Jimmy Butler, fought the entire game and had no desire for their season to end. Anthony Davis reactivated his heel injury. He says he will be fun but it'll be interesting to see how that plays out. Regardless, this Heat team has a bright future.

A lot has been said about low ratings but all 4 major sports are seeing a drop in ratings. TV viewership is down across the board (other then news). A lot of reasons for that but it isn't just poltics as some would like to believe.
stokesjokes liked this

-  October 10th, 2020, 5:32 pm #611769
It was a phenomenal game, both halves. LeBron was incredible and somehow was still outgunned by Jimmy G. Buckets. Bam still isn’t all the way back and now with AD hobbled, who knows what happens next.

That’s been one of the interesting things about the bubble- with no home court advantage, the traditional expectations about being down in a series haven’t really held. A team just needs to get hot and they can come back.
thepostman liked this

-  October 10th, 2020, 6:13 pm #611775
Umpteen years ago I thought LeBron could be inarguably the GOAT if he played Point and/or more High post. The one thing he does better than Jordan and dare I say Magic is see the floor and pass. When he’s in the open court looking to distribute he’s scary good. He was at his best in Miami when he played more High Post and could either distribute or over power his defender on one or two dribbles to the rim. As it is I just don’t think he ever reached the level of greatness the hype reached. Sure he’s going to have oodles of Championship rings and it will put him in the pantheon of Greats.
Ironically, to Posty’s point he’s both the reason people watch and don’t watch the NBA. His whining is intolerable for a presumed’GOAT’ and his contrived SJW stances turn a lot of people and TV’s off
Suck on my Funk and Wagnalls! - Unknown
LU Athletics: Praise God and hide the Co-Eds!!

LeBron is one of the greats. He isn't the greatest and with all the hype he got coming out of high school it seems disappointing to some I guess.

Regardless. He played great last night. Had 3 guys on him and made a fantastic pass to a wide open Danny Green who missed the shot. Heck of a game though and I expect game 6 to be entertaining as well.

Yesterday, had a guy ask me where my mask was. Let[…]